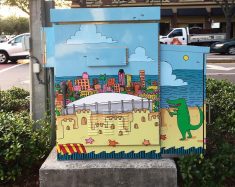 Alli Arnold currently resides in Old Northeast St. Pete, and attended Parsons the New School for Design where she got her BFA in illustration. Shortly after graduation, she moved to Seattle to experience west coast life firsthand. After three years, she returned to New York City, where she is always able to find inspiration on every street and around every turn.

Alli has always had an eye for art and design that she began developing as a young voyeur on the fashion forward streets of New York. She could regularly be found at the local library reading all the magazines and books she could get her hands on with voracity. Another favorite hangout for her was the Metropolitan Museum of Art where she would wander the halls for hours.

A new Corner Canvas Wrapped Traffic Box by Alli Arnold Illustration at 350 2nd Ave N, DTSP in Williams Park. This project started during 2017 Shine St Pete Mural Festival. Thanks to Chad Mize for curating and Bank of the Ozarks for sponsoring! #trafficbox #cornercanvas 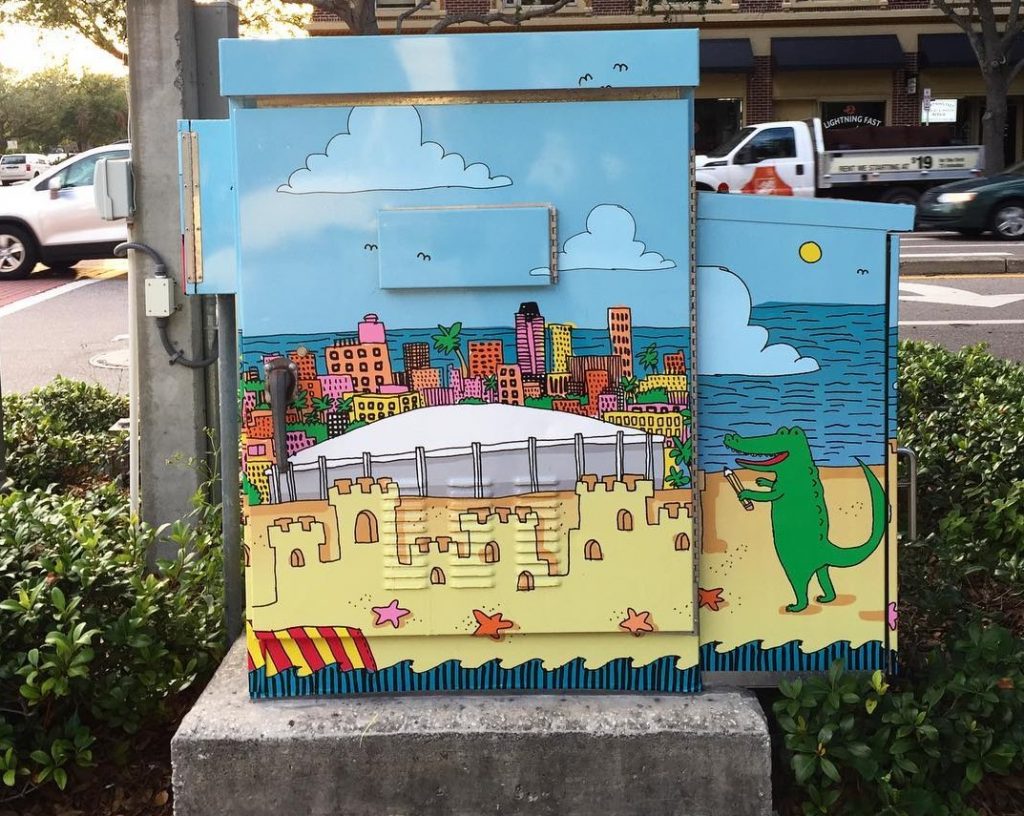